US COMPOSTS WITH US

Yard trimmings, post consumer food scraps, wet waste garbage, by the pail, the gallon or the ton, it’s still the same but roughly half as much as it sounds to us in the UK. Its what our colleagues and friends over in the United States have to deal with on a daily basis, at our distributors in NY, NATH Sustainable Solutions, who right now are going through a re-branding exercise to – the Food Waste Experts. We like it, it has a great ring to it and we could swear that we’ve seen it somewhere before! 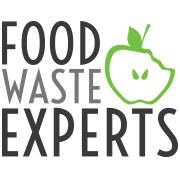 Right now there’s a huge appetite for sustainable equipment across the United States and through our partners of over 8 years we’ve supplied many applications, ranging from US Embassy sites in foreign locations, Universities, Schools, Prisons and Military installations, we’ve even been tackled recently by a mighty social media giant to come up with a proposal for their amazing coastline site, something that will provide multiple likes and shares I imagine if it goes into play!

What’s the future hold for Rocket Composting in the US? Well we can tell you that the very latest versions (2017 model build onwards) of the already massively popular Rocket Composting systems have had the American Touch, they will feature some new innovations and technical updates, developed specifically from our US customers feedback.

2016 is coming to a close and stock levels have been depleted of existing units, pretty much all of which are now winging their way to the US and in the mean time we are keeping a keen ear to the ground for any signs of further changes to legislation or taxation increases for those troublesome 80 gallon garbage pails, full of post consumer food scraps…..

Seasons greetings to all !