Rocket Composters in Norway: the story so far… 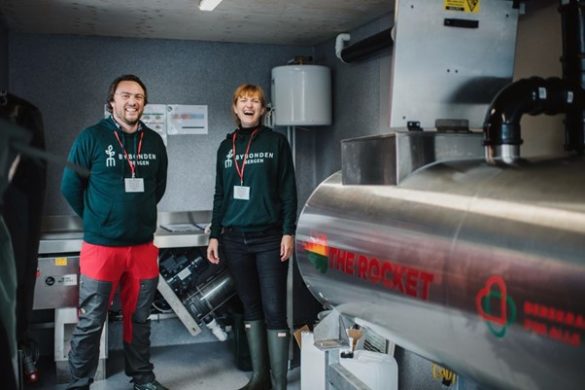 Last year, you might remember that we announced the appointment of our exclusive distributor in Norway, Berekraft for Alle, and over a year later, we’re excited to share the news of what’s been happening in the country since. The news was also recently covered in Norwegian newspaper, Bergens Tidende!

Norway has always been a country ahead of the curve when it comes to the adoption of environmentally friendly processes and technologies, but regarding food wastes, current processes usually see them transported to gas plants or incinerators. And in Bergen, there is no pre-sorting of food waste, it is incinerated along with the city’s residual waste.

Therefore, the Norwegian authorities wanted a more sustainable, closed loop solution in place – and that’s where our expertise has been sought.

When we appointed Berekraft as our distributor last year, we knew that our composting equipment could really help the Scandinavian nation in its bid to close the food waste management loop through local, decentralised infrastructure.

And in September 2020, one of our A900 in-vessel Rocket Composters – now affectionately named ‘Gullars’, after a Norwegian television character – was shipped to Møhlenpris, Bergen, for a project led by urban farming and growing firm, Bybonden, and Green House. Norwegian landscaping contractor, Wikholm, purchased the equipment and is renting it out to the two firms.

Both organisations have collaborated to set up the country’s first ever decentralised solution for food waste, and we’re so excited to be at the heart of this important phase in Bergen’s sustainability journey.

The solution – supported by Bergen and Vestkland Country Municipalities – operates on a subscription basis, seeing households and businesses in the local area pay to have their food wastes composted.

Families from around 150-200 households will pay 100 Nok – approximately £8 GBP – per month, while prices for commercial customers will vary by waste volume.

The new venture, known as ‘Kompostringen’, will see residents and organisations receive compostable bags to collect and drop off their food wastes at the facility, and collect the resulting compost for home-growing projects. The wastes are shredded and dewatered before being fed into the composter. Then, in just 14 days, a nutritious compost resource is created and ready for collection – and if people don’t want to use the compost to grow produce at home, it’s used for urban cultivation projects and by local farmers.

The machine – that’s able to process up to half a tonne of food waste per week – was inaugurated by Norway’s prime minister, Erna Solberg, and representatives from Bybonden and Green House. 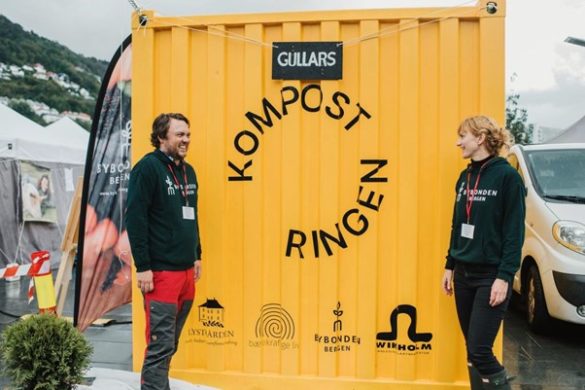 Commenting on the project, our resident composting expert, Huw Crampton, said: “This solution is the first of its kind in Norway so far, and we hope that its success sees it rolled out across other cities and neighbourhoods.

“As well as being able to harness the potential of their food wastes to create a valuable compost resource, there is also the added benefit that carbon emissions are drastically reduced – due to less trucks needed to transport the wastes to gas and incineration plants.

“This is also a great example of a circular economy model done well – enabling households and organisations to convert their food wastes into a nutritious compost, to then reuse for cultivating fresh produce.”

As nations search for ways to reduce their carbon footprint and prevent food waste from being incinerated or landfilled, it is small-scale, decentralised projects like this – and similar ones in France, fronted by Les Alchimistes – that we’ll undoubtedly be seeing more of over the coming months and years, as a sustainable and circular solution.