What’s better than installing one Rocket Composter? Only the obvious…. More!

Our colleagues and friends in the Netherlands, specifically the municipality of Hengelo asked Tidy Planet to provide their composting equipment for the purposes of proving the feasibility of providing separate household food waste collections. The food wastes would be brought back to the enormous city farm, composted by a Rocket and then the compost used to complement the massive need for soil improver at the farm, the vegetables grown at the farm then going back into the municipality for sale and consumption.

The estimate was that a percentage of the householders would participate when the knock at the door came, but the levels of participation of the cycle led collections were simply much higher than envisaged, by 100%! So much was the success of the scheme that within weeks of starting they had twice as much food waste collected than they’d planned. So, rather than just analysing and dumping the excess waste they’d collected, they’ve decided to do right by the trial participants and invest in more composting equipment to ensure that it all gets dealt with as they promised, by Rocket Composter.

The collections have helped to prove the willingness of the householders, but also to generate some real time statistics as to what food waste is actually wasted per capita and then what can potentially be diverted away from the current disposal method, if the whole project was duplicated elsewhere in and around Hengelo. But the waste grapevine hasn’t stayed quiet, it’s been chattering away and other municipalities from around the Netherlands have been investigating the same process, decentralised composting, small scale plant neatly tucked away on farms that won’t annoy the NIMBY’s. 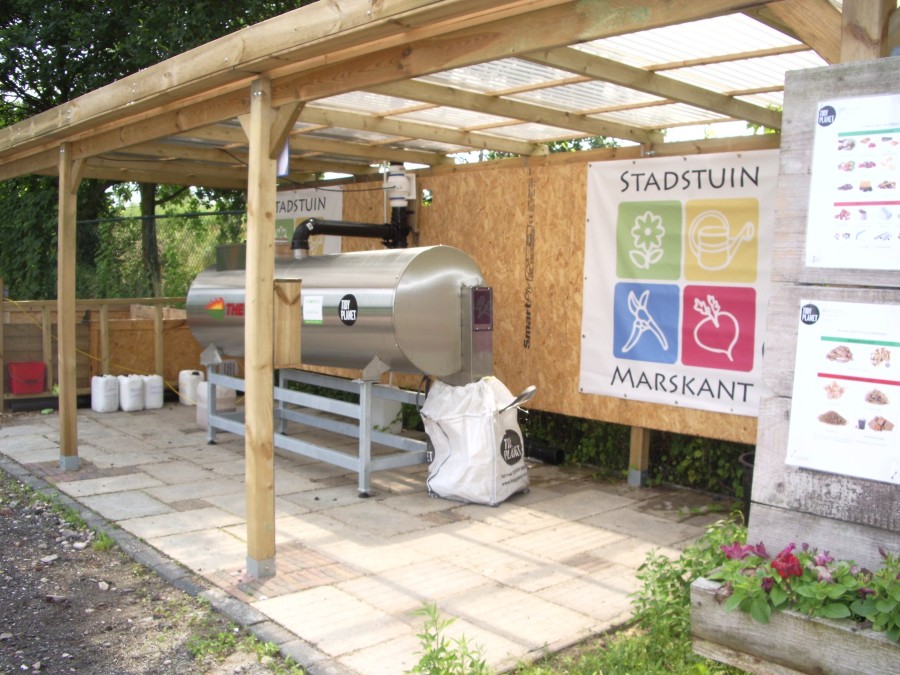