Merchant Taylors School, one of the “Great Nine” schools in England, settled in a magnificent location on Sandy Lane in Northwood Middlesex, occupies a 285 acre estate and at it’s heart the magnificent 1933 art deco main building.

The school identified in 2015 that their general waste disposal costs were rising sharply, but there was no more waste than normal being produced, why? The answer, waste collectors are moving towards a “measured at site” maximum permissible bin weight. Bins containing general waste are still being collected, but anything over the measly threshold of 80kgs is being charged as an excess – and excessive it is! In some instances tripling and quadrupling the cost of years gone by. What was causing this excess weight? Wet food.

The school was also keenly aware that legislation is likely to change in the near future, with some of the food wastes from the kitchen being sent to drain by maceration and with legislation in Scotland, Wales and Northern Ireland likely to be replicated in England, could they find a solution to deal with the maceration and the landfilled food wastes? Indeed they could – and it came from Tidy Planet. 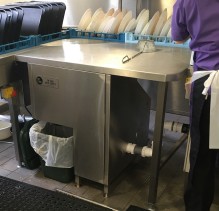 August 2016 and the first part of the system was installed, a unique design Dehydra retrofit system, placed neatly underneath their new traywash system and coupled to their trough mounted disposer, the plate scrapings now get the Dehydra treatment and get collected by the unit in a minimised and dryer form. The second stage implemented, a system to produce a product to complement the 285 acre estate – a Rocket food waste composter. 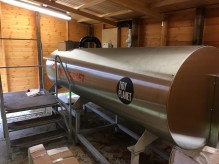 Located in a new garden and growing area the Rocket is fed and looked after by the gardens team, adding their own recipe to the system of leaf mulch, grass, food and woodchippings the gardens team is managing to recycle not only their waste food, but speed up their traditional composting of clippings taken off the sports fields. The speed and quality of the product that the gardens team produce on a daily basis is a real feather in the cap for the school, who’ve taken to this huge process change with ease. No wonder they are on of the “great nine” ! 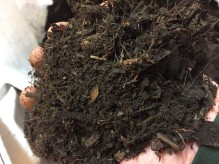