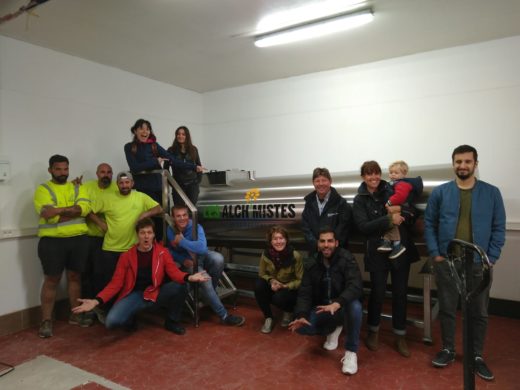 You may have heard – or read – about Les Alchimistes and what the firm does, but for those of you who haven’t, we’re on hand to tell you all you need to know about the social organisation and its recent project expansion…

Located in central Paris, Les Alchimistes is a social enterprise – as well as one of our brilliant distributors – which is committed to harnessing green and sustainable waste management, specifically relating to the composting of commercial food wastes.

Les Alchimstes’ adventure started in 2017, when the team invested in a Tidy Planet A900 Rocket Composter for its pilot project. Armed with a passion for the environment and a thirst for knowledge, the team set about proving how decentralised food waste collections – from city-centre restaurants and hotels – could be processed locally to generate a compost resource.

And, this was all part of the firm’s greater vision for food waste collections not only in Paris, but throughout France.

Fast-forward two years and the composting activity has grown drastically, with more collections and sites being added to the list. Hard work and dedication to the cause has seen Les Alchimistes achieve their goal of opening composting hubs throughout the country, including Paris, Lyon, Toulouse, Marseille, Réunion and most recently, Toulon.

Toulon – the fifteenth largest city in France – is the latest location to have been given the magic composting touch, with Les Alchimistes’ team members Cédric and Anne-Sophie launching the concept in this area in spring/summer 2019.

Much like the pilot project’s humble beginnings back in 2017, they will be starting with a A900 Rocket Composter – set to be installed on the harbour in the city centre – as well as a bicycle collection service. 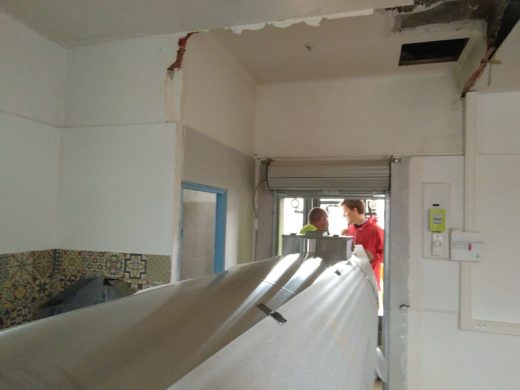 Husband and wife team Cédric and Anne-Sophie are passionate about organic produce, so 10 years ago they set up their own online organic food shop – Les Paniers Davoine – working with local growers to sell biological fruit and vegetables. This sees them package the produce up and deliver it to around 800 families and 20 restaurants, hotels, schools and colleges on a weekly basis.

And, with the help of our composting technology, they are going to recover any wastage from these items and turn them into compost.

The great – and cyclical – thing about all of Les Alchimistes’ project is that community is at the heart of its intentions. The compost generated from these collections in Toulon will then be ploughed back into the community – quite literally – as it will be redistributed to the local farmers Cédric and Anne-Sophie partner with, for growing more organic crops. You could call it circular food!

There are also plans for Les Alchimistes to expand to household food waste collections in the future, which shows that any idea – pedal-powered or otherwise – can go a very long way in helping to combat the growing waste issues facing our planet.